HISTORY OF MANIFESTATIONS:
Annie Kehoe and William loved their house, a place where they raised their large family, enjoying a lifetime of fond memories.
William had his own study, up in the rafters in the room with the cupola, where it was quiet and peaceful, his special place to meditate and read.
The Kehoe's master bedroom was on the second floor, while the children stayed and played in rooms on both the second and third floor. Instead of letting a nanny put the children to bed, Annie was the one who went up every night, heard their prayers, read to them and kissed them good night as they lay in their beds.
No one knows how many other Kehoe children not counted in the 10 which grew up, died as infants or young children through illness or other causes. It is reported that William and Annie's twin (4-5) year olds, (probably boys, who must have been a handful), are said to have died in a dumb kid accident, while playing in one of the chimneys. The chimneys were consequently blocked up and decorated with angels.
The Kehoe home must have had not only their children, but the friends of the Kehoe children from the neighborhood.
MANIFESTATIONS:
The entity of Annie Kehoe likes to visit the living in rooms 201 and 203.
A sweet, friendly female presence sat on the bed next to a sleeping guest in room 203.
The apparition of Annie has been seen sitting at the desk, writing in room 203.
In room 201...
The strong scent of roses has been noticed by guests.
The apparition of Annie has been seen going about her business in this room.
Annie Kehoe sometimes makes her rounds on the third floor around bedtime.
This entity gently, lovingly kissed on the cheek a former owner who was spending the night, laying in his bed in one of the bedrooms found on this floor.
Her apparition has been seen by the living on the third floor and her friendly presence has been felt on both the third and second floor.
William Kehoe's presence is sometimes detected up in the study in the home's room with a cupola.
During the evening hours, an unexplained light is sometimes seen in this unused room, which is far away from the noisy living, not to mention noisy ghost children! The entity of William still is enjoying this quiet time.
William Kehoe comes to visit, sometimes through the front door, perhaps to check up on the manners of the living.
The concierge was sitting at the check in desk, when she heard the door bell ring. As she could see through the lovely cut door glass that no one living was there, she ignored the door bell three times. To her surprise, not only did the front door unlock itself and open by itself, but all the outside doors in the house on all the floors opened as well!
The entities of the twins are pleasant little fellows, if a bit noisy, who have made themselves known to the living.
A woman was sleeping in the bed with her husband in room 201. She slowly woke up as she felt little hands softly stroking her hair and cheek. When she opened her eyes, she saw an apparition of a little boy, eye to eye and up close, who quickly disappeared.
The sound of little feet running up and down the home's hallways have been heard by guests and staff.
Children's voices have also been heard when no children were staying as guests.
One person reported on tripadvisor's reviews web site: "We even got to experience the ghosts of the children on the night of a full moon! We heard them running and playing in the second floor hallway."
Sometimes the voices of a group of children have been noticed by guests staying on the second and third floor.
Perhaps all the children who died in this house over the years now play together, or perhaps the ghostly little friends of the Kehoe children who died young still come over to play.
STILL HAUNTED?
Yes indeed!
The entity of Anne Kehoe is as gracious and kind as she was in life. Her little children show the same qualities of this kindness as well as exhibiting child-like behavior. William Kehoe also likes to pay the living a visit, perhaps to check up on the living on occasion, and enjoy his special room up under the cupola of the house. 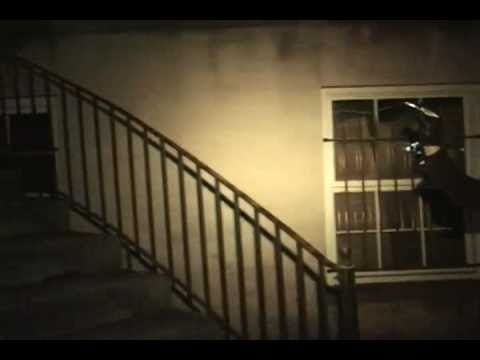 The 17 Hundred 90 Inn and Restaurant