About Our Tours
Chicago Hauntings offers fully narrated, historically based ghost and paranormal tours to haunted spots throughout Chicago - some of our most common stops include murder sites, disaster sites, a serial killer's body dump, gang sites, haunted houses, and abandoned graveyards. Passengers get off the bus to look for ghosts several times per tour - and sometimes they find them! See the pictures?
Chicago is one of the most haunted cities in the world, boasting a colorful but disturbingly dark and violent past. Many of the sites on our tours are notorious for their ghost sightings and paranormal activity. Others are not as well known. The stories behind many of these hauntings range from the truly chilling to the light- of heart. We've found that some spirits of our beloved but haunted Chicago seem to beg loudly for recognition and remembrance, while others remind us of their reality in a more subtle fashion. We think a few wish to teach lessons, while others remain playful. All, we believe, wish not to be forgotten.
Our tours follow a course of history that starts with the very beginnings of Chicago, traveling from its humble origins as a frontier outpost, through the 19th century -- including the Great Chicago Fire and its aftermath--, into the 20th century and the gangster era of the 1920s and 1930s, and forward to today. We cover a lot of information and many, many stories. There is no exact formula,and we don't set out to scare. Rather, we let the stories and our own experiences speak for themselves. They never fail.
Our tours are based on Ursula Bielski's nearly 20 years of Chicago ghost hunting and her "Chicago Haunts" series of books, as well as the collective writings and onging research and investigations of the entire Chicago Hauntings ghost hunting team. We work hard to provide you with the most authentic and credible tour possible. Our many fans have called our tours of haunted Chicago provocative, dark, scary and creepy, but also intelligent, sophisticated and fun. Many find that they're the best way to discover the city - period. Accept no imitations!
We can't guarantee a paranormal experience will occur or be experienced on each and every tour. Nor can we say one won't. We can> promise that you'll be haunted by Chicago's very real, often shocking past.
Come find out for yourself!
Our Chicago Hauntings Tours operate year-round from 600 N. Clark St. (at Ontario), adjacent the Rock and Roll McDonald's in downtown Chicago, across from the Rain Forest & Hard Rock Cafes. 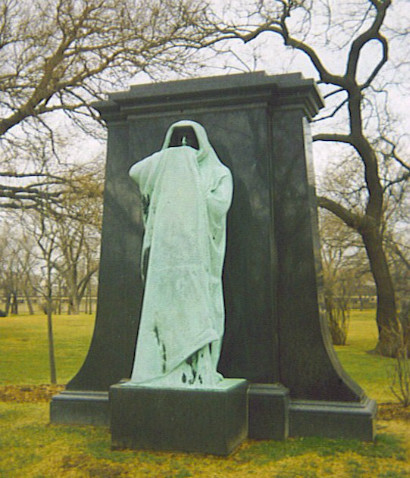