The town of Story was founded as a logging community in 1851. During its heyday, the town of Story was the largest settlement in the area. It had two general stores, a schoolhouse, a slaughterhouse, a saw mill, a post office, a blacksmith forge and a nondenominational church. However, during the Great Depression people left to go somewhere else.
No new construction followed after the Great Depression and no one has ever since attempted to modernize the assign structures of Story. The Story Inn was created by two hippies from Bloomington who also bought and reassembled the town. Rick Hofstetter is the current owner of the inn. For two decades he fought to preserve a lot of Indiana’s distinguishing landmarks. He almost always finds himself in the midst of battles to preserve remnants of the past so that they can still be enjoyed on the future.
When the current owner of the inn took over the business, he was a skeptic. One of the first things he noticed was the fact that most rooms had one guestbook each. He was surprised to find out that each guestbook are documentations of the guests’ stories of the paranormal. The room with the most documentations of paranormal activity was the one located just above the inn’s restaurant. The guest books have been left in the inn’s rooms for a long time that it has become a tradition. Once the books have reached maximum capacity they would then be placed in the attic and employees would then replace them with fresh, new books.
One of the most common stories among guests and hotel staff is the “Blue Lady”. She is believed to be the spirit of the wife of Dr. George Story. The room where the Blue Lady is always seen was once called the Garden Room. However, it has been renamed after its most frequent visitor. People believe that is a blue light is placed in the room in the on position, the Blue Lady would appear. However, there have also been cases when the Blue Lady would just appear on her own. She is described as having blue eyes and has the habit of leaving behind items which are blue in color. Some people also reported smelling cherry tobacco, the Blue Lady’s favourite, when she was still alive.

The Story Inn does not have special tours or haunted event packages. If you are interested in learning more about the haunted guests or ghosts that reside at the hotel please call or visit their website to make a reservation. What better way to get in touch with them than to spend a few nights in the same room...
Blue Lady Room
Our most famous (or infamous) overnight accommodation, located above General Store. Queen-sized bed, private balcony, and spacious bathroom with a large claw-footed tub. Haunted!
Premium: $159 Peak: $139 Non-Peak: $99 PLUS TAX - Directions from Nashville for men: Drive three miles East on SR46/135. Turn right (South) at the SR46/135 split, onto 135 South, and proceed ten more miles.
Additional instructions for men from one of our women customers: Act like you know where you are going…drive around for hours pretending you know where you are going, refusing to admit you are lost…accidentally stumble upon the place and act as if you knew where you were the whole time.
Directions from Nashville for women: Look for the Speedway gas station in Nashville. There’s a traffic light there. Take 46 East for THREE MILES from that traffic light. You’ll know that you’re going in the right direction if you see a McDonalds on the right as you start off. You’ll pass the North park entrance on your right, and a Shell gas station on your left. About a half a mile past the Shell station, you’ll need to turn right (which is South) onto State Road 135. If you see the Antique Mall on your left, you’ve gone too far on State Road 46. Look at your odometer and note the mileage as you turn south on State Road 135. You’ll need to stay on 135 South for TEN MORE MILES. It will be very curvy, and you will think you’re lost. Persevere. About five miles after that turn, you’ll get to an intersection (called “Stone Head” after a peculiar monument). Don’t fret. You’ll notice that 135 goes to the right. Stay on that. There will be a couple of signs to Story around there to help guide you. When you’re about two miles from Story, you’ll see Spears Pottery Gallery on your right. It’s a great place to shop. Hang in there, and watch for the deer and horse trailers! 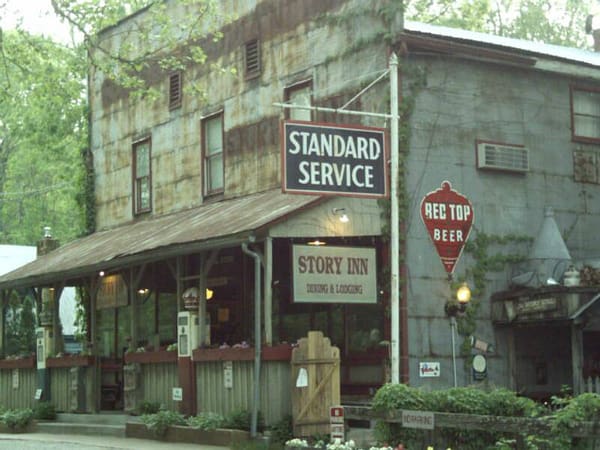 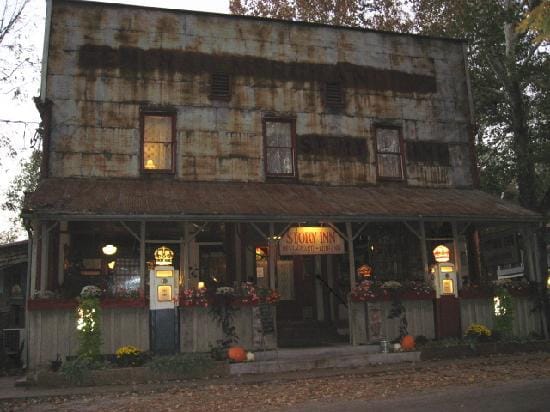 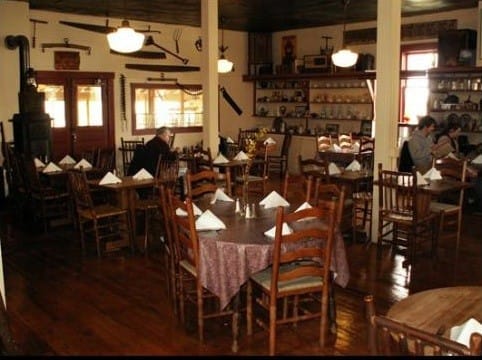 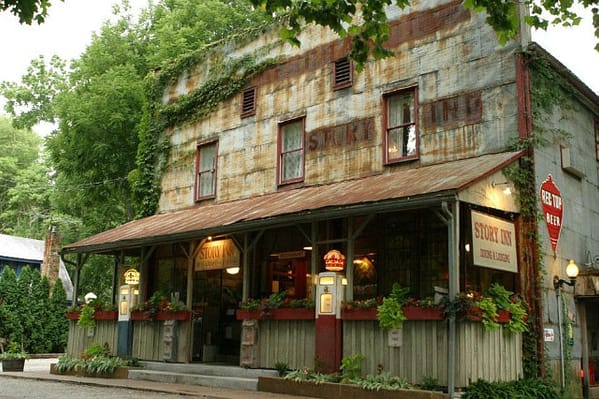 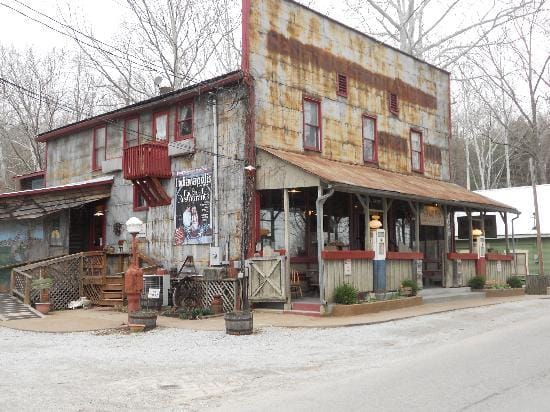 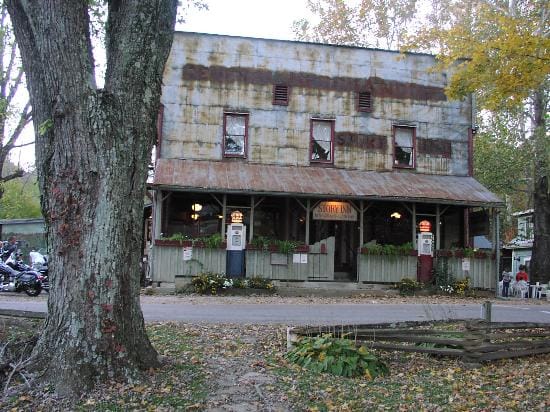 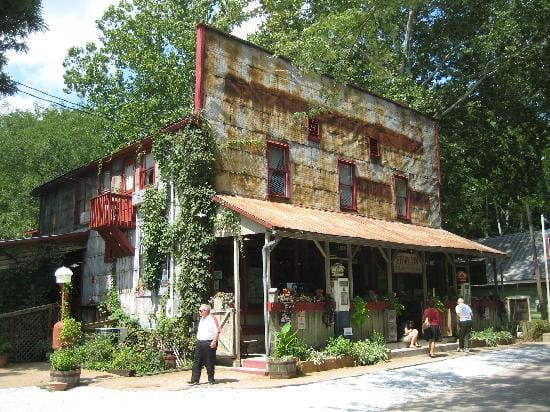