Learn the history of the Hannah House during one
of our Historical Open House Tours!
Admission is only $5 for adults and $3 for children
6-12. The house will be open from 1:00 PM - 4:00
PM on the dates listed below, so make sure to stop
by and see one of Indianapolis' most historically
rich locations. For more info, Email us (info@thehannahmansion.org)
or call (317) 787-8486.
Are you afraid of Ghosts? Are you brave enough to spend the night
in a real Haunted House? Now is your chance to find out.
There are two different types of investigations at the Hannah
House.
1. The Hannah House Experience will team you with trained
Paranormal Investigators for a night you will never forget. You will
have plenty of time to investigate and explore on your own.
For more information, please send your request to:
info@thehannahmansion.org. The cost for your overnight
investigation is $45 per person. Whether it is just you or a large
group, contact us for availability. Payment may be made by PayPal
(click on button) or by money order (money order must be received
within 7 days for confirmation). Please note, when paying via
PayPal, there is a $2 transaction fee per person. There is a
minimum age of 16 - any participants under the age of 18 must be
accompanied by a parent/guardian. All participants will be required
to provide photo ID upon arrival. Hours are 8 pm to 2 am
ALL PAYMENTS ARE FINAL
Mail money order payment to:
The Historic Hannah House
Ref: (Date of event you are requesting)
3801 Madison Avenue - Hannah House can be found on Madison Avenue, in the city of Indianapolis, Indiana. It is privately owned, so the privacy of the owners must be respected. The Hannah Mansion can be found on the corner of National Avenue and Madison Avenue. 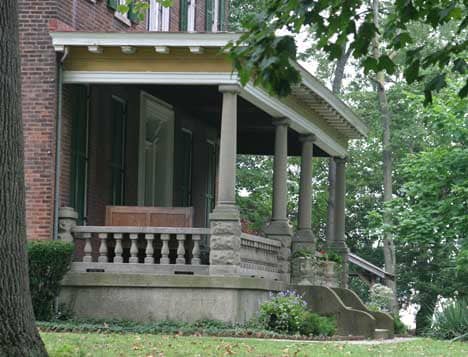