The Pfister Hotel was built in 1893 $1 million as a “Grand Hotel of the West”. It’s been the premier accommodation downtown in Milwaukee ever since. To this day, it continues to serve guests from all over the world and sticks to its tradition of providing gracious style and impeccable service to visitors.
During a period of decline in the late 50?s early 60?s, the hotel was purchased by Ben Marcus, who was determined to bring the hotel back to its former glory. Several years of renovations took place and some significant additions were made, including a new 23-story guest room tower.
Over the years the Pfister has played host to many dignitaries, and the most famous musicians and actors of the time. The most historic hotel in Wisconsin, The Pfister is a member of the elite Preferred Hotels & Resorts Worldwide and Historic Hotels of America, a program of the National Trust for Historic Preservation. The hotel is also a perennial winner of the AAA Four Diamond Award.
The famed Pfister Hotel is one of the most haunted hotels in America, and arguably the world. It is a historical landmark in Milwaukee which is the home of professional baseball and basketball teams whenever they are in town. Major league baseball players have reported a wide range of paranormal activity when they stayed in the hotel. Some of the things they reported are electrical anomalies, object manipulations and apparitions.
Adrian Beltre, a player for the L.S. Dodgers, has said in Sports Illustrated that he heard knocking on the hallway and on his door. He went out to investigate but found no one. Later, he saw the air conditioning and the televisions switch on and off by themselves. When he was sleeping, he was awakened by pounding noises from behind his headboard. He was so scared that he took a bat with him to bed for protection. He was only able to sleep for two hours during his three-night stay.
Carlos Gomez, another baseball player for the Minnesota Twins also experienced something paranormal a day before his big game. He heard disembodied voices then saw his iPod switch on by itself. The iPod then began vibrating wildly and almost fell to the floor. He put the iPod back on the table when it started doing the same thing again.
As well as the many reports of mischievous activity and electrical malfunctions, several guests have also reported seeing the apparition of an elderly gentleman, thought to be the spirit of none other than the hotel’s founder, Charles Pfister walking the halls. 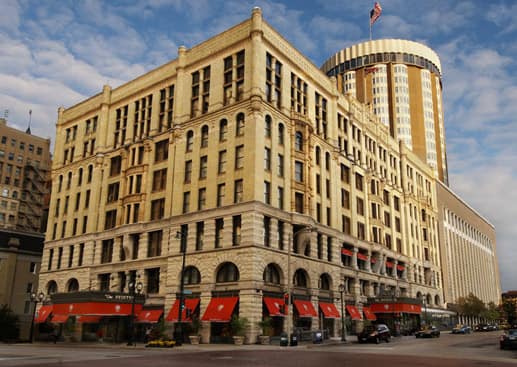 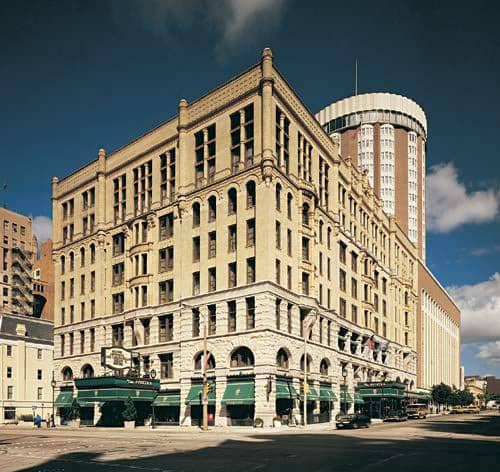 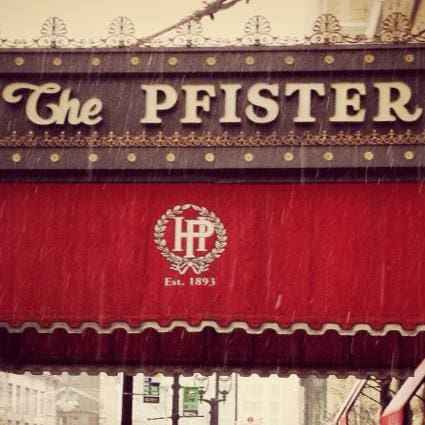