There is no better way to enjoy Halloween than a haunted hayride at a race track! Come on down to the Texoma Motor Speedway for some frightening fun in October! Over a 30 minute ride of pure scare! You will have a blast! Bring the kids and the family!
Ron Clark and family purchased 5 acres in 2000 and built a 1/10 mile go kart racetrack and dubbed it Texoma Motor Speedway. The track was constructed for the young and old to enjoy an alternative economical racing sport.

The Premier Hot Spot for Dirt Track Racing!
Join the Fun this Season and Help us Celebrate Our 10th Year Anniversary!
Saturday Night Racing Under The Lights
Gets Under Way @ 7:30
Grandstand Admission
Adults - $5
Students 7 to 15 - $3
Children under 7 are FREE!
Pit Pass all ages $15.00
Over 30 min ride of pure scare!
The History of River City
In 1805 this was the site of a peaceful little town called River City where everything was great until 1807 when the town got a new sheriff named Henry Martin Clark but most people called him H.M, short for hang man. H.M lived in the court house better known as HELLS GATE where he tortured and hung many people, most were killers and outlaws but many were just for his amusement. Nobody in town would say or do anything to stop him for fear that they would be next. In 1809 a circus wandered into town and everyone was so happy to see something so fun and friendly but ole H.M. was having no part of that and he tortured and killed everyone in the circus except one, a wicked old witch doctor who he kept and used to torture people in ways he had never dreamed of, and that was when things really went wrong. The lucky ones died, some went insane and were locked away in a moldy old insane asylum and others were surgically altered into inhuman forms. This continued for a few years until one day some of the insane escaped and killed ole sheriff Clark and the witch doctor then burned the whole town to the ground, no bodies were ever found. In an attempt to preserve this little peace of texoma history we rebuilt the town but something wicked happened, they all came back and brought some friends too, some just want to tell their story, some want revenge and others are just plain evil. This is now known as the most haunted and evil place in texoma.
ENTER IF YOU DARE - Month of October
Dark until the last person is crying or wet their pants!!!!
$8.00 per person
All Ages
From the corner of Southwest parkway/369 and Seymour Hwy/Hwy 82 go one 1/4 mile west, River City Haunted is on the left hand side of the Hwy. 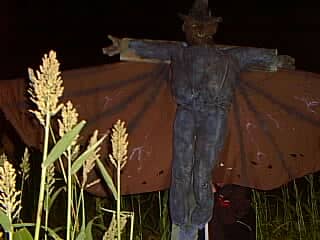 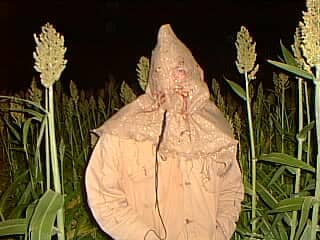 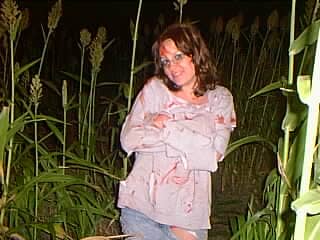 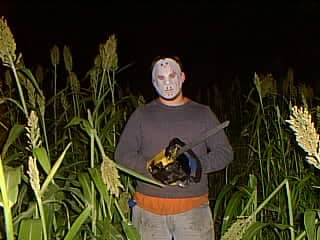