The hospital opened to great fanfare in 1904 and even had its own Jersey cows, chickens, and a garden to provide patients with the freshest milk, butter, eggs, poultry and vegetables. This original Moorish-style hospital building designed by Charles Whittlesey, known as the Santa Fe Coast Lines Hospital, was razed and rebuilt in 1924 in the current Mission Revival Style structure. In 1989 it was renamed the Linda Vista Community Hospital.
Decline and closure
The Santa Fe Railroad sold the 150-bed hospital to a managed healthcare company in 1980. By the late 1970s, the railroad hospital association facilities were experiencing declining use, as more railroad workers began to use conventional medical-insurance policies. The area surrounding the hospital also became a less-affluent area and hospital funding was affected. According to a California Health Law News report, when Linda Vista tried to reduce operational expenses in response, the hospital was blamed for an increase in facility death rates. During that time, the hospital was regularly treating a fair number of gunshot wounds and stabbings from the local neighborhoods, which affected its mortality statistics. An increase in uninsured and under-insured patients forced the hospital to close its emergency services department in 1989. The quality of care at Linda Vista Community Hospital continued to decline as doctors moved to other hospitals. In 1991, the hospital ceased operations.
Post-closure
In the decades since its closure, it has become the center of several paranormal investigations; the most notable investigation was initiated by Ghost Adventures, where the crew stayed a full night in the hospital. Since that time, it has been used primarily as a filming location. In January 2006, the hospital was placed on the National Register of Historic Places.
In 2011, the 4.2-acre Linda Vista Hospital complex was purchased by AMCAL Multi-Housing Inc. The structures on the historic registry, the main hospital and former nurses dormitory, were renovated into the Linda Vista Senior Apartments and now provide a total of 97 apartments for fixed-income seniors plus a medical facility. 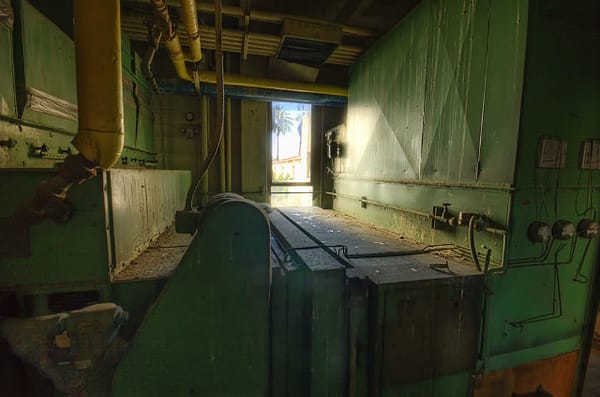