HISTORY OF MANIFESTATIONS:
Ghosts and manifestations can be seen throughout the building, and don't plan to leave anytime soon!
The building had a reputation for being haunted even during the time that The United Verde Hospital was still up and running. A variety of manifestations became evident to the patients, visitors and the personnel working there, which still occur today.
1) The people in the hospital and today in the hotel hear talking, coughing, hard breathing, moaning and cries of distress from pain on every floor, which came not from the living patients/people themselves but from past ones no longer there in bodily form. Perhaps some of these manifestations originated from the deadly flu epidemic which caused a high death toll in Jerome.
2) The Bearded Apparition of probably a miner, or someone associated with the mining community - This friendly fellow has haunted the building for many years. He liked to appear on the floors and visit the living.
A) A night duty nurse had just turned off the call lights, and had returned downstairs. Imagine her annoyance when all the lights went on again. Thinking it was the lone patient on this ward, she went upstairs to scold the man, an invalid, who she found in bed where he was supposed to be. The invalid told the nurse of this bearded man who glided down the hall, turning on all the lights.
B) In another occurrence, a nurse was about to leave a floor, when she saw a bearded man out of bed standing at the very end of the hall. When she quickly approached him, the apparition disappeared.
C) Guests of the hotel have seen the bearded man and evidence of his presence on the floors, especially the second and third floors.
3) The ghost of a little 6 year old boy appears to guests on third floor, smiles and then disappears.
4) Very common occurrences which happen daily as reported by the living are footsteps going up and down the halls and stairs, fans which turn on and off by themselves, and locked doors are unlocked during the evening hours.
5) A guest in room 32 watched in fascinated horror as he saw the bathroom door in his room quietly open and close by itself.
6) Maids cleaning the empty rooms and hallways are the favorite targets for the teasing entities who like to get some chuckles at the living's expense. However, when the maids tell them to stop, the teasing subsides for a couple of days.
A) Maids have heard someone calling their names, when they were completely alone on the floor.
B) Doors to the rooms and the closet doors have slammed shut on the maids.
C) One unseen entity didn't like the loud vacuum in the hallway, and rudely rushed by the maid, in the form of a strong, cold, unseen presence, nearly pushing her over..
7) Hotel employees who sit in the Lobby sign-in desk seem to have plenty of unseen company.
A) The lobby doors have been known to be opened by an unseen presence and closed, like someone was leaving or entering.
B) One employee was sitting at the desk when she heard a commotion in the gift shop. She discovered that the contents of the shelves were flying off the shelves, landing on the floor.
C) Another employee had arranged the chairs in the area in the lobby right in front of the main desk. She turned her back to attend to something else. When she turned around, the chairs had been moved back.
D) Another employee sitting at the desk, watched in fascination as the posted plaque of the hotel's rules, lifted itself off the nail it was hanging on and flew to the middle of the lobby carpet.
E) The main desk in the lobby often gets phone calls from empty rooms.
F) The apparition of an old lady, dressed in a fine white dress has appeared in the stairwell next to the elevator.
8) The Haunting of Claude M. Harvey - Definitely not a happy camper!
History: In 1936, the hospital's fireman engineer, Claude M. Harvey, well-known by everyone in town as Scotty, was found dead in the basement, when the elevator pinned him to the ground, crushing his head. The elevator was in perfect working order, and Scotty wasn't suicidal, which leaves the possibility that Scotty was murdered. Unfortunately, there wasn't a CSI unit on duty during this time period, and no forensic evidence that nowadays would be collected was available to build a case against anyone, though there were several theories and suspects.
Someone perhaps got away with murder, which may have caused Claude M. Harvey to haunt the building, especially the hallways, lobby, stairs and basement area. Some say he won't rest until the truth is known about his death, which was probably a murder.
Manifestations attributed to Claude M. Harvey ...
A) Lights in the elevator shaft have been seen. The sound of the creaking iron elevator has long been heard throughout the building, even when the elevator was up on the top floor, not being used when the building was vacant.
B) The shadowy figure of a man has been seen in the basement, on the stairs, in other parts of the hotel, often with an angry demeanor, making the living uncomfortable, but never hurting anyone.
C) Employees sitting at the lobby desk have felt an angry glare of a presence standing on the stairs. The feeling becomes so strong that they look up and see this shadowy figure standing on stairs. After being seen, it retreats up the stairs.
STILL HAUNTED?
Oh yes indeed!
The hotel has been investigated by ghost hunters and paranormal activity has been recorded on film. This very haunted hotel is home to entities willing to share the building with the living, who come to visit Jerome as tourists. About half of the guests of The Grand Hotel come to hopefully experience the ghosts as well, though it isn't guaranteed.

Jerome Ghost Hunting on selected weeknights 6 - 7:30pm:
For guests that choose our ghost hunting package, you will help us with our ongoingGhost Nurse investigation of the supernatural and paranormal activities. As part of the ghost hunting team, you will be provided an EMT meter, IR thermometer and digital camera to help us document the spirits, orbs, ghost sightings, and haunted happenings at what may be one of the 10 most haunted places in America. As a haunted hotel, our ghost hunting tours offer a fun time for all ages. Ghost tour is $20 per person and guests receive 10% off their room rate.
For information or reservations, call (928) 634-8200 or (888) 817-6788. Or email-us: Please include your phone number.
Please visit our website for more information about our Ghost Hunts and tours. 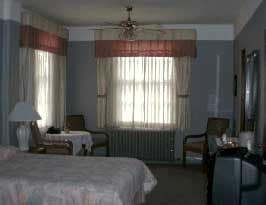 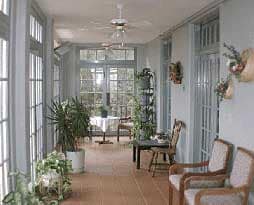 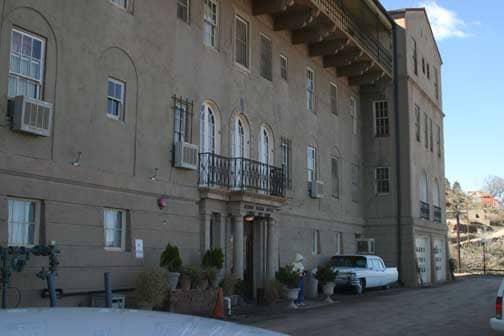 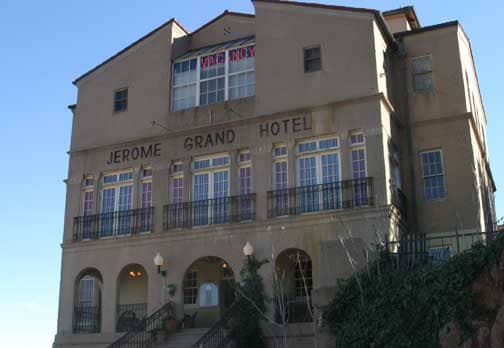 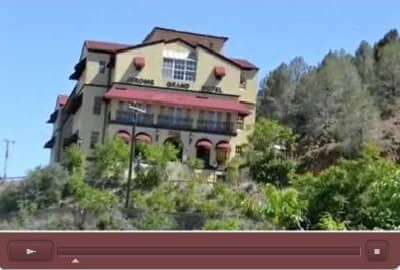