Casa Monica Hotel was built in 1888, by the architect Franklin W. Smith, after purchasing land off Henry Flagler – a successful businessman and co-founder of Standard Oil. 4 months after the grand opening of the Casa Monica, Flagler saw the potential in it and decided to buy it from Smith for $325,000.
Changing the name the hotels’ name to Cordova, Flagler oversaw a period of boom for the historic hotel. In 1902 a bridge was built between the hotel and the nearby Alcazar – now named Lightner Museum. Flagler then changed the name of the hotel to Alcazar Annex. A year later the two hotels became one under the name of Alcazar.
Flagler abandoned the property when the stock market crashed, officially closing its doors in 1932. In 1945 the bridge that connected the two properties was torn down. In 1965 the St. Johns Count Commission purchased the building and used it as their county courthouse. The courthouse was open up until the late 70?s.
In the mid 90?s Richard C. Kessler purchased the building from St. Johns County for $1.2 million with the intention of restoring it to its former glory as a thriving and luxurious hotel. After lots of renovation work, the hotel was re-opened as the Casa Monica in December 1999. The King and Queen of Spain visited shortly after, cementing the historic hotel as one of the most prestigious and best boutique hotels in the country.
It is now a member of the Historic Hotels of America Association.
The Casa Monica Hotel is located in the notorious paranormal hotspot that is St. Augustine. Although the hotel themselves will not admit to having guests from the other side, many reports from staff, guests, and paranormal experts from around St. Augustine say otherwise.
One housekeeper who worked at Casa Monica for about a year, was from the area and knows a lot about local haunts. She has said that she herself experienced many strange things whilst working there. The 4th floor is apparently the most haunted with the highest concentration of activity. The sounds of children running up and down the corridors and in the rooms has been heard, even when the floor is vacated. Staff refuse to clean some suites on their own, and some point blank refuse to clean certain ones.
In room 511, a man is believed to have hung himself on the upper floor. There has been a report of a guest waking up in room 411 to find a number of figures just standing in his room. In the Ponce de Leon suite staff have reported the radio turning on by itself on the 1st floor of the suite whilst they were upstairs. The suite is said to be haunted by the ghost of a woman in white, who has been captured on a photograph. The Flagler Suite is home to a mysterious child’s hand print on the first floor bathroom mirror. A previous housekeeper knocked on the door of the suite to see if she could clean, and she heard a voice on the other side say, “We’ve been expecting you”. She recalls opening the door expecting to see a family getting ready, but to her fright there was nobody there.
There have also been reports from guests and previous staff of the apparition of a gentleman in 1920?s era clothing, who has been seen walking throughout the hotel.

The Casa Monica Hotel does not have special tours or haunted event packages. If you are interested in learning more about the haunted guests or ghosts that reside at the hotel please call or visit their website to make a reservation. What better way to get in touch with them than to spend a few nights in the same room... 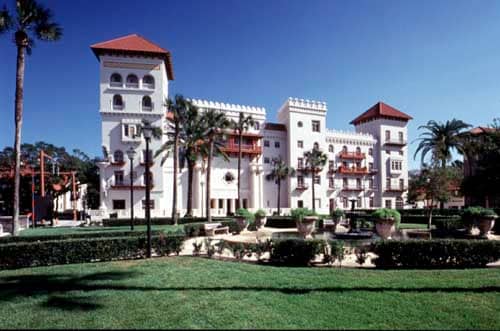 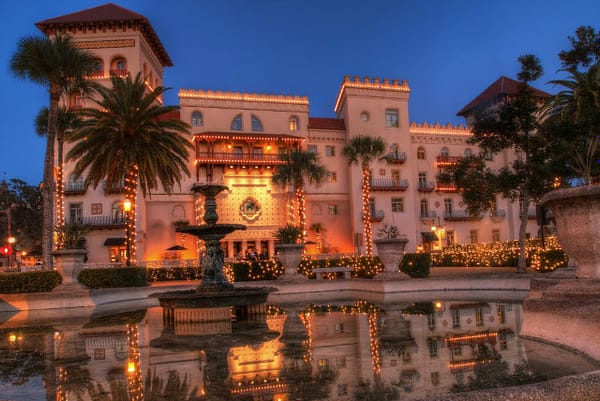 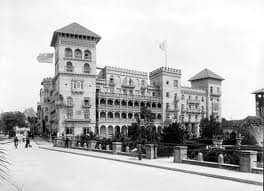 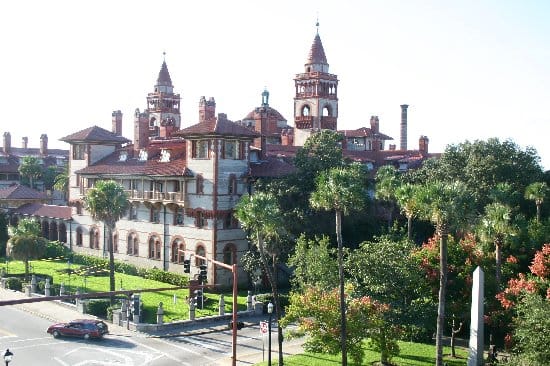