The Walnut Street Inn was built as a three-story Victorian home in the middle of the 1890s by Charles McMann. All rooms have cozy chairs, flickering fireplaces, antique books and warm quilts to make your stay as comfortable and as unforgettable as possible. You can spend precious hours resting and relaxing yourself.
The Walnut Street Inn was previously known as the McCann-Jewell House, after its owner, Charles McCann. It is a great example of Queen Ann Victorian architecture. Charles and his wife loved to entertain and the entire part of the house was always open for parties. In 1917, the house was purchased by Mr. & Mrs Harry S. Jewell. The next owners of the home were Dr. Max and Barbara Rosen, for which one of the rooms are named. They raised their five children there. Finally, the current owners, Gary and Nancy Brown purchased the home in 1953 with the intent of converting it into a bed and breakfast. The house went through renovation and was featured in the 1988 Springfield Symphony Designer’s Showcase. It was finally opened to guests on May 1988. Walnut Street Inn has been name “One of the Top 12 Inns in the Country”.
The Rosen Room is said to be the most haunted room in the inn. A gentleman who stayed in the room reported that he was stretched out in bed when he looked up and saw a female figure sitting at the table against the wall. The gentleman said, Excuse me but this is my room!” the female responded that it was her room and then disappeared.
Upon hearing of the man’s experience in the room, they contacted the ghost with the help of the Ouija board and found out that she was a guest of the inn who passed away in her 70s. However, they failed to get her name. Employees also believe that she watches over the guests while they sleep. 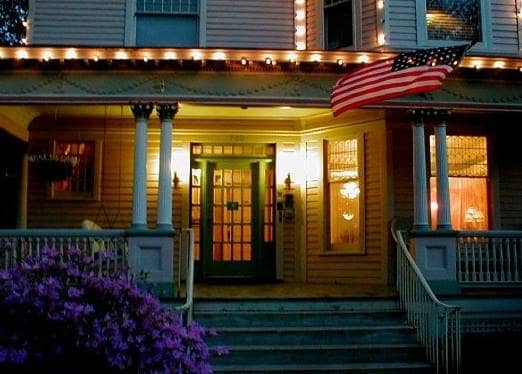