Please check our website for complete information about our tours. We do offer walking tours and bus tours.
Additionally, we offer a wide selection of tours for groups of 25+ including our Mill City Mobs-Tour, No Blarney Tour (our Irish history), the Uff Dah! Tour (our Scandinavian history), the Rivers & Roots Tour (the growth of the Twin Cities along the Mighty Mississippi) or our Victorian Tour. All itineraries can be customized especially for you. We'll help you produce the perfect Twin Cities experience.
651-292-1220 - Wabasha Street Caves are located just north of Cherokee Regional Park and residential housing, not far from the east bank of the Mississippi River, just south of Platt Boulevard W/Platt Boulevard E. Street on Wabasha Street. Wabasha Street runs across the Mississippi River all the way to HWY 35E & I 94, right through a main part of downtown St. Paul. 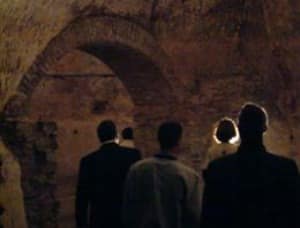