Built on June 7, 1944 by the Portsmouth Naval Shipyard in Kittery, Maine, the U.S.S. Torsk was launched on September 6, 1944 and commissioned on December 16th of the same year. The U.S.S. Torsk has the distinction of firing the last torpedo and sinking the last Japanese combatant ships of World War II on August 13 of 1945, as the “Cease fire” order went out to all U.S. forces on August 15. In 1962 the U.S.S. Torsk took part in the naval blockade of Cuba established by the United States during the Russian Cuban Missile Crisis. During this operation she sent boarding parties to inspect some of the Soviet merchant ships and as a result won the Navy Commendation Medal. She was decommissioned on March 4, 1968 and assigned to the U.S. Naval Reserve, as a training submarine at the Navy Yard in Washington, DC. By that time she had made an impressive total of 11,884 dives. On September 26, 1972 the U.S.S. Torsk was docked at Baltimore’s Inner Harbor and opened to the public as a museum. On January 14, 1986 she was added to the U.S. National Register of Historic Places.
Reported Haunts: A sailor died aboard the submarine during one of the skirmishes it took part in during the end of WWII. His name was Joseph Grant Snow. During a visit there an EVP was captured near his shrine in the bunk area.
Evidence Collected: An EVP near the bunks. 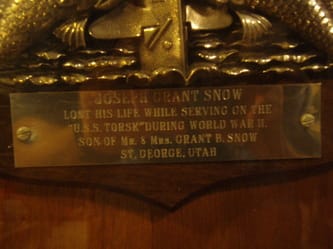 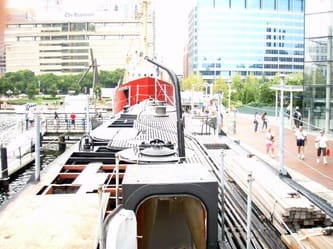 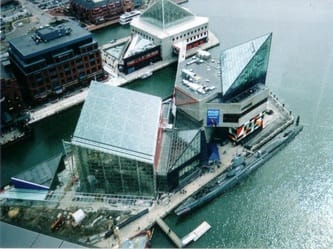 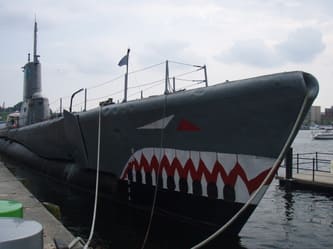 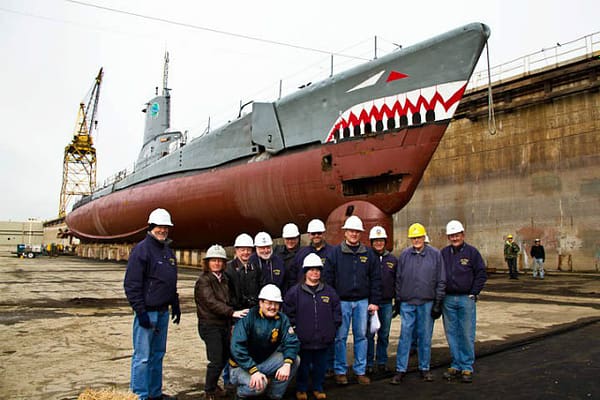 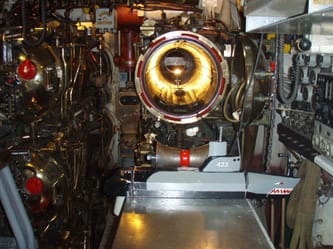 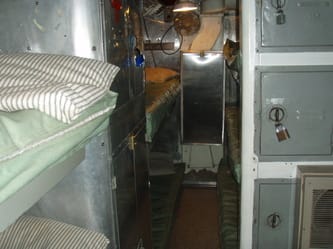