The Victorian-style bed and breakfast called Prospect Inn was built in 1889 by Joseph Wagner with hand-made brick. He was a major in the Union Army during the Civil War. In 1910 the house was bought by the Rambo Family and they added plumbing, central heating and electricity. The house was sold in 1991 after being used by three generations of the Rambo family. After some time, Robert and Judy Hotchkiss from Atlanta purchased the house and converted it into a bed and breakfast. The couple renovated the house and updated the six thousand square-foot mansion. Before opening the house as a bed and breakfast, the Hotchkiss added modern amenities such as baths, air-conditioning, central heating, plumbing and electrical systems.
The ghosts that haunt the Prospect Hill Inn are said to be friendly and are welcomed by the Inn’s owners. One guest has reported being woken up early in the morning by the smell of muffins, peanut butter and cookies. The guest also smelled bourbon and Rose perfume in the air. These accommodating ghosts have also been heard walking up and down the main staircase. Doors opened of their own accord and apparitions have been seen appearing on windows.
Other guests have reported hearing the disembodied sound of a crying baby. The door of the laundry room would also shut and open by itself. Guests and in particular, brides and grooms were surprised to find that their holiday snaps have orbs in them. Photos taken in front of the fireplace reveal tongues of flame even when there was no fire when the picture was taken. Two glasses in the bathroom exploded spontaneously and a female guest reported seeing the ghost of a Civil War soldier staring out of the window.
If you want to experience the paranormal and visit a location were the ghosts are friendly, and even seem to like the guests that stay there, then Prospect Hill B&B is a must stop destination!

Ghosts
Houses “of an age,” like women “of a certain age, have lived a lot and hold many secrets. A house finished in 1889 certain holds some of its secrets to this day. It is unclear whether the first owners, the Joseph Wagners, finished their later-in-life house fully before Joseph died and Mary sold it in 1910. The story goes that they lost the house to taxes several times (mortgages had not been invented yet). There is clear physical evidence that the doors upstairs and down (they are older) don’t match and the doorknobs are replacements (not on the original plans and not matching shadows on the wood itself).
At the same time, we know that when people died in those early years, they generally died at home (if they died naturally and in their beds) and their wake and funeral were conducted in their home. Perhaps the front door is 42 inches wide (huge by today’s standards) so they can get the casket out. (That does NOT explain why the doors from the parlor and dining room to the foyer are only 33 inches wide–barely wide enough to get our modern sofa through!
Our research shows that Stacy Isaac Rambo bought the house in 1910 and moved in with his wife and 8 year old son. He did an extensive renovation over the next decade and a half or so until his death. That meant adding electricity, running water, indoor plumbing and a mechanized coat-burning furnace. When we began to “change” some things (removing the last of his knob and tube wiring and tearing down bricks where he had enclosed a back porch to create an indoor bathroom (1920s style)…. well, we felt we would surely stir up his ghost.
How wrong we were! From the first year when Judy heard footsteps from leather dress shoes on the front stairs (but Robert and the dogs were down by the road getting the newspaper), to the feel of energy outside Room 5, things were around but nothing was predictable. Over the years guests have smelled peanut butter muffins cooking at 2:30 a.m. and smelled spilled bourbon and rose flavored perfume. Those were observations by inexperienced people, people NOT looking for ghosts, believing in ghosts or WANTING to experience one.
Then there are the reports by the people who seem to have the ability to see them. These people most often had a near-death experience which triggered their perceptiveness. They have reported men in “old fashioned” or “old military” clothing.” Most recently, a woman who says she could be like the Long Island medium–but chooses to not respond to the spirits–had a young woman sit on her bed then look over her shoulder as she packed her suitcase. We’ve also recorded orbs on digital film, especially outdoors.
From time to time we have ghost-hunting groups want to come ghost hunt. (We book clubs mid-week and there is a fee.) Those who intend to find a ghost never do. Those who want to predict the next occurrence cannot. They seem shy and they are not on anyone’s time table.
So, does the Wagner-Rambo house have ghosts? Your guess is as good as mine. You’ll just have to come see for yourself. Or, you’ll have to come and ignore the whole thing.
- NEW Hwy. 91 BYPASS: This new road may not be on your old map or older GPS. Traffic is automatically routed onto it when southbound on Hwy. 91 coming from Virginia. When it ends, you must turn LEFT to arrive at the 67-421 intersection near the inn, NOT RIGHT as shown on old maps and older directions.
HWY. 321 SOUTH OF BLOWING ROCK – Construction continues to widen this road all the way to Blowing Rock, NC. Some delays possible as construction progresses on Tuesdays or Thursdays noon – 2 pm.. If blasting is required, signs will be posted. 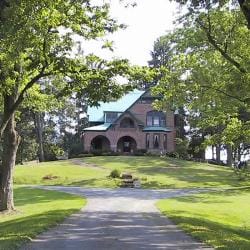 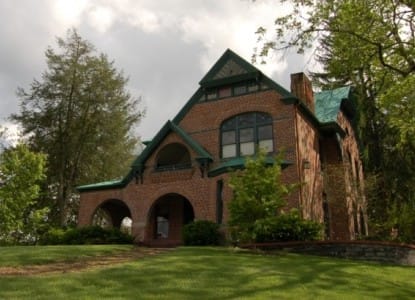 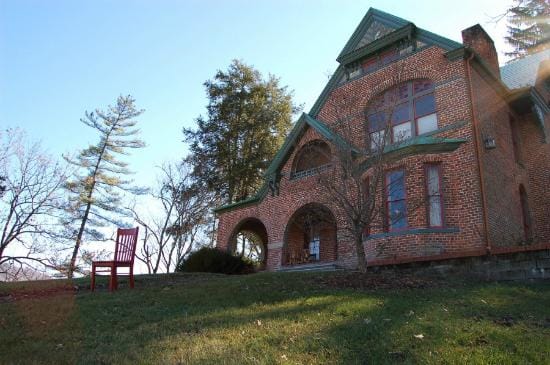 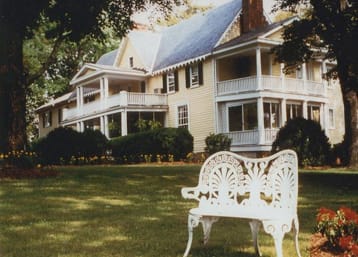