Join us on a truly unforgettable time of ghosts, history, excitement, and fun.
Join us as we walk the paths of Burial Hill, Plymouth's oldest cemetery. We offer four exciting tours, our famous twilight lantern ghost tour, our daytime history tour, our Sunset cemetery tour, and our fun scavenger hunt tour.
Join us Tonight!
Tickets sell out daily, so reserve your spot now by calling 508-866-5111.
We have always been paranormal researchers, and have ingestigated houses in the past but now we have an official paranormal team!
Join our team as we spend overnights in some of New Englands most active hot spots. Learn how to use the tools of the trade and use them yourself. Help us uncover the secrets hidden within these historic walls.
For Info on upcoming investigations, please visit our website and click on the "NEWS" page.

#1. Our most famous TWILIGHT LANTERN GHOST TOUR
Filmed by Fox News in July of 2005, aired July 8th 2005. Also filmed by British Broadcasting (B.B.C.), Ireland in April of 2006, aired in October of 2006. Join us as we walk the dark narrow paths of historic and haunted Plymouth. See places of paranormal sightings and activity. Hear real ghost stories and local legends and folklore, mystery and the macabre. See the original burial site of plymouth' Pilgrims and where their bodies were moved to. Walk down one of the oldest streets in America towards Plymouth's Town Square, said to be forever cursed by king Philip. Accend to Burial Hill Were tombstones remain, dating back to the 1600's. Hear why spirits roam these winding paths, and learn how to capture them on film. So be sure to bring your camera and get ready to see what it is to be a ghost hunter...approx. 90 min
#2 SUNSET CEMETERY TOUR
a Relaxing, romantic stroll. As the sun sets, Ascend atop Burial Hill, Plymouth Oldest cemetery, while disipating rays of light create panoramic views of historic Plymouth Harbor as well as shadowy silhouettes of tombstones of Pilgrim's time. Visit the site of the pilgrim's first burial grounds and why their bodies were later moved to Burial Hill. Walk up Plymouth's oldest streets and visit the street where once stood the original Plymouth Colony (what Plymouth Plantaion recreates). While in Burial Hill, you will witness the first form of folkart carvings on tombstones (and what the carvings mean), and lovely epitaphs. Learn about early Burial customs, Puritan traditions, and why there was a use of burial tombs...approx. 90 min
#3 HISTORY TOUR
Leisurely walking tour of Historic Plymouth. Areas covered include; Mayflower II (50 yrs. old), Plymouth Rock, Coles hill, The Pilgrim Maiden Monument, Massasoit monument, Gov. Bradford monument, Leyden Street, Brewster Gardens, the Town Square, and Burial Hill...approx. 60 min
PLEASE CALL FOR AVAILABILITY 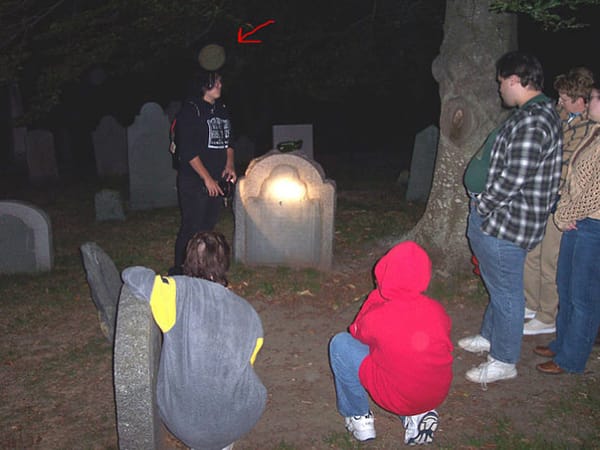