Ghost Hunting the CAC
These events will run from 8:00pm – 1:00am.
Check-in will be from 7:30pm – 8:00pm. At check-in you will be asked for your driver's license/state ID, be given a list of rules and regulations, and asked to sign a participant agreement. (Click here to see sample participant agreement)
Doors will be locked at 8pm.
From 8:00pm – 9:00pm, Chris Bores will give a guided tour of the facilities. You'll learn to navigate the CAC and where most of the rumored "activity" is.
From 9:00pm - 1:00am will be unguided independent investigation.
Your ghost hunt ends when you exit the premises. There will be no reentry.
Tickets purchased at least one day before the event will be $35. We only sell a limited number of tickets per hunt. If available, the door price for tickets will be $45.
All participants must be at least 18 years old.
Private Ghost Hunting Rental
Rent the CAC for your ghost hunting group.
$350 for first 5 hours.
$50 per hour after the first 6 hours.
For more information, please call 419-244-2787. - The Collingwood Arts Center is situated on the west side of Collingwood Boulevard directly across from Scott High School. It is 200 feet north of the Ashland Avenue intersection, and 500 feet south of the Delaware Avenue intersection.
The main entrance is the double-glass doors in the two story frame building attached to the brick four story building that is the Collingwood Arts Center.
Administrative office: Enter the building, pass through large wood door and proceed to dead-end, turn left through the brown metal doors, office is the first door on the left.
Theatre: inside the building turn left through the brown doors, proceed down hallway through double wooden doors, turn left to main theatre doors.
Gerber House Galleries: inside the building turn left through the brown doors, proceed down hallway through the double wooden doors, turn left, walk around the lobby and enter Gerber House through the single wooden door next to the second staircase.
Executive Director: Sarah Kurfis, skurfis@collingwoodartscenter.org
Office Manager: Lexi Staples, lstaples@collingwoodartscenter.org 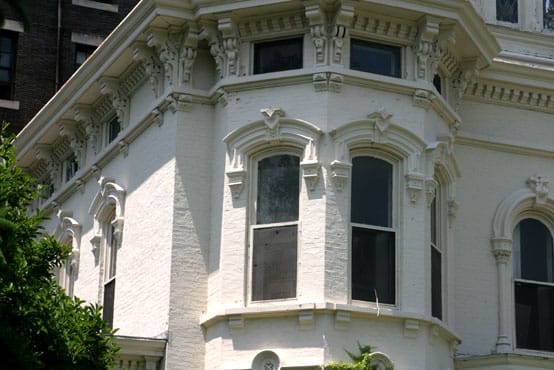