A few interesting ghost stories:
Warden Johnston's Experience: Warden Johnston was well, the warden of Alcatraz from 1934-1948. During a tour with a group of guests the warden and those accompanying him, witnessed unexplainable sobs near an area they were in. Soon after they had all felt a very cold breeze whisk past their group.
Cell14D: This cell is said to always be colder than any other cell, many believe that the cell is a huge hot-spot for spiritual-activity. One guard even reported that it could be 70-degrees outside, and cells nearest to Cell14D would be nearly as warm as the 70-degree outside weather, but that Cell14D required a jacket if you were in there long enough, usually the cell had a sudden intensity within it as well.
A prisoner during the 1940's was holed up in Cell14D, who is rumored to have screamed throughout the night that something was in the cell with him, a creature, complete with evil, glowing eyes was killing him. Supposedly, the following morning the prisoner was found, in his cell, strangled to death. No one was ever held responsible. However, a guard the next day had accidentally included the dead prisoner during a head-count with assumptions that he'd seen the prisoner in line, but only for a few short seconds.
The A, B and C cell-blocks: Guests and inmates have reported hearing sobbing, moaning and crying in the A and b cell-blocks, while in cell-block C a medium had allegedly contacted the disruptive-spirit known as Butcher. Indicated through prison-records, it's documented that an inmate murdered Abie Maldowitz, a well known mob hitman known as Butcher.
PSYCHIC RESEARCH:
The park system authorities decided to bring in a medium, Sylvia Brown, along with an ex-convict of Alcatraz, Leon, and a CBS news team to record the findings. The laundry room gave off impressions of violence to Sylvia and she encountered an unseen presence in there, and described him as being tall in height, having a bald head and little eyes. Leon identified the unseen presence by this description alone as being a prisoner known as "Butcher," who had been a hit man for organized crime, and had been murdered in the laundry room.
Sylvia Brown decided to try to free Butcher so he could go to the other side. During a seance in the prison dining room, it was communicated to Butcher, through Sylvia's Spirit Guide, Francine, that there were others on the other side that would be able to help him, and that he should follow Francine to the other side. Butcher flatly refused to believe that anyone would help him and chose to stay in the prison, still incarcerated though being long dead. Some day, Sylvia hopes to come back and try again to set Butcher free through another seance.
STILL HAUNTED?
Yes.
Entities are still serving their time, despite given parole by death to the other side.

Alcatraz Prison Museum National Park is located out in the middle of San Francisco Bay, on Alcatraz Island, which is next to Angel Island. The water is very cold and the currents are very strong, making it a great place for a prison. Tours for Alcatraz Island are available. Reservations are a must, call: (415) 546-9400. 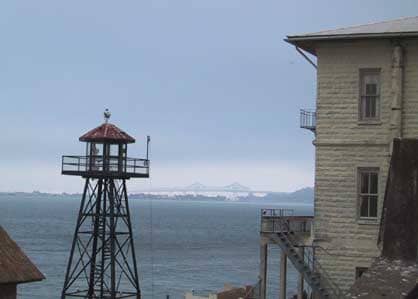 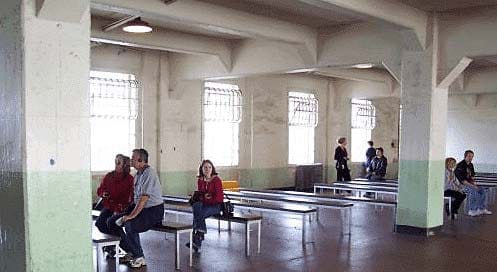 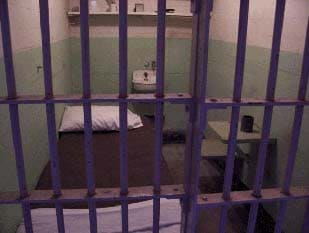 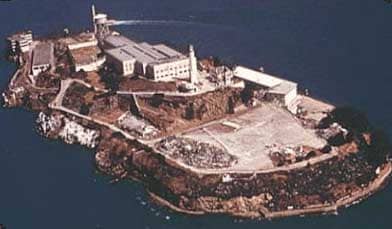 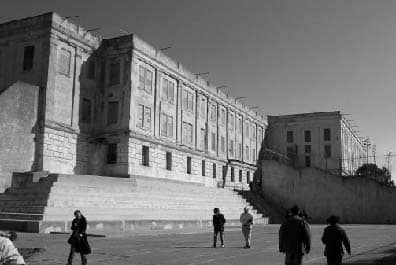 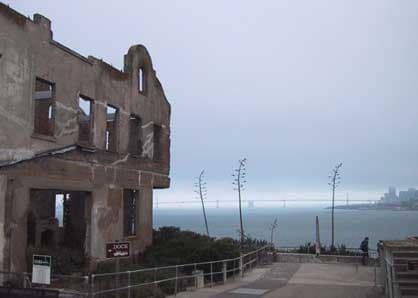 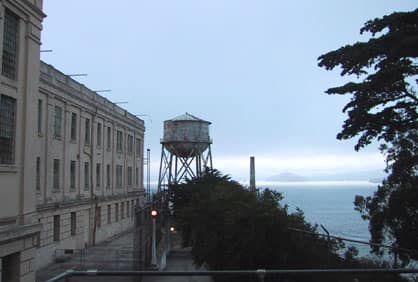 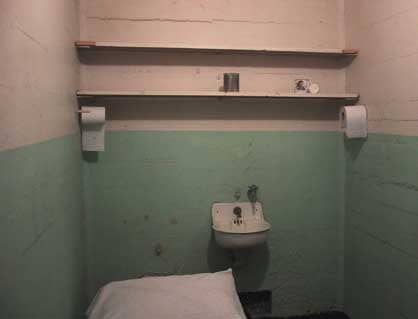 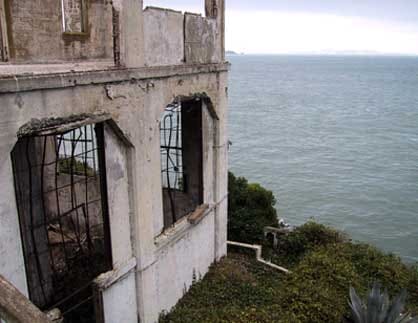